Silicon manganese is an alloy composed of manganese, silicon, iron and a small amount of carbon and other elements, is an important steelmaking raw materials, in the national economy occupies a very important strategic position, of which the steel industry with manganese consumption of 90%-95%, mainly as a deoxygenator and desulfurizer in the process of iron and steel metallurgy and used to manufacture alloys, chemical industry, building materials industry and other fields of manganese demand. Steel is better reduced by adding manganese ferroalloys, which enhances the toughness, hardness, strength and elasticity of steel. Similar to silicon iron, China's silicon manganese industry is also in a state of disarray, overcapacity problem is serious. Unlike silicon iron, silicon manganese production is dispersed, but under the influence of policy and electricity prices, there is a trend of migration from south to north. 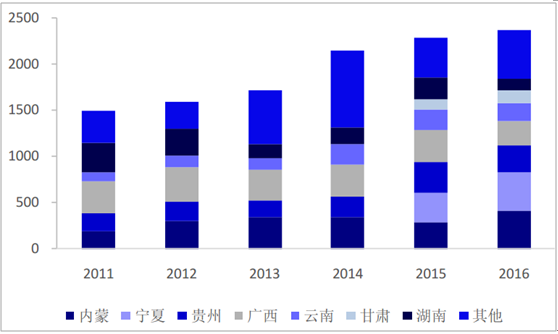 China's silicon manganese production in 2016 was 7.5385 million tons, a decrease of 25.89 percent year-on-year. During the same period, the output of Mongolia and Ningxia increased significantly, reaching 218.49 and 200.08 million tons, respectively, up 100.67 percent and 52.22 percent year-on-year, with operating rates of about 66% and 50%, respectively. In Guangxi and Guizhou, the output showed a downward trend, with a start rate of less than 30%. There are significant north-south differences. Distribution of manganese reserves in 2015 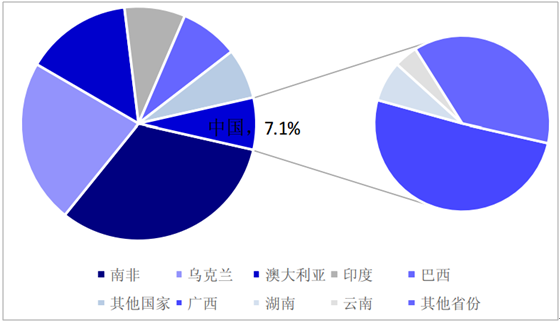 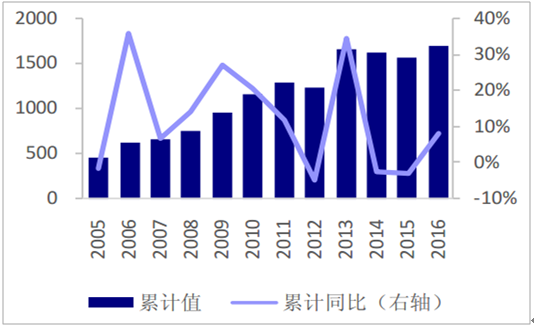 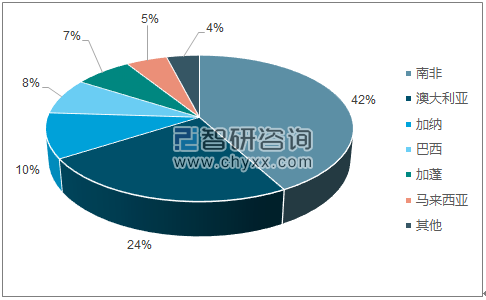 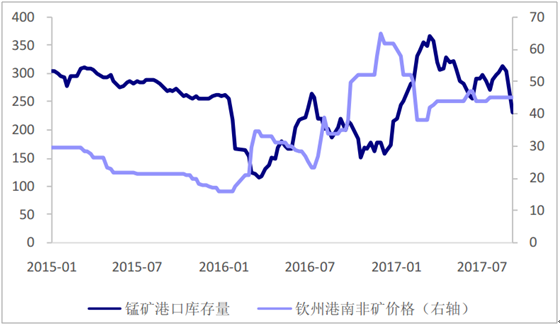 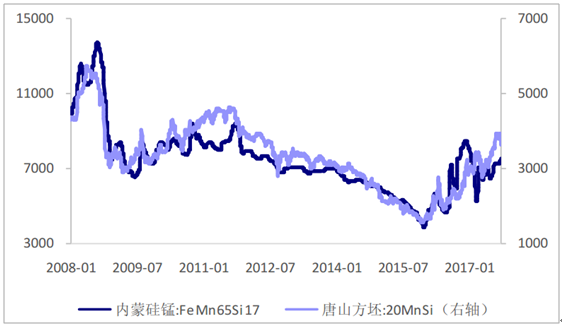